Walton Inn (also called The Izaak Walton or Walton House) was located at the corner of James and Water Streets. The property on which it was built was originally owned by the LeRay family – in April 1830 the land was sold by Vincent LeRay to Jesse Smith. A tavern known as the Northern was constructed on part of the site, and a hotel called Kellogg’s hotel was built on another part of the site. The property changed hands several times – in 1853 Maria Johnston, wife of Stephen Decatur Johnston (son of pirate Bill Johnston), operated the hotel as the Walton House. In 1870 Mr. Johnston having acquired both buildings connected them and enlarged them calling the “new” structure the Izaak Walton House named after the famous fisherman (and naturalist). Later Izaak was dropped, and the hotel was just Walton House. In 1928, the front part of the building was razed to make way for a gas station. The remainder was torn down around 1934. Circa 1910. Clayton, NY. From the Thousand Islands Museum. 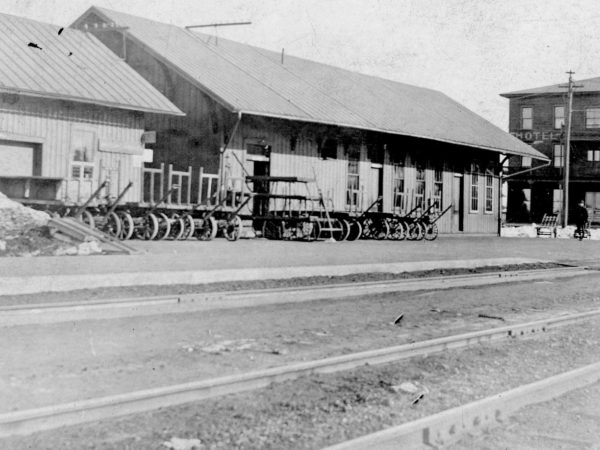 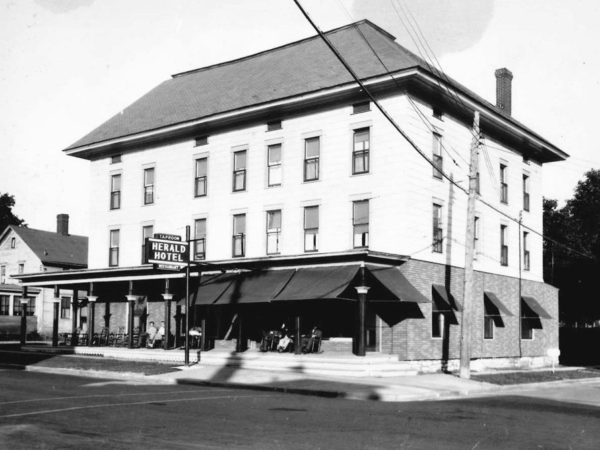 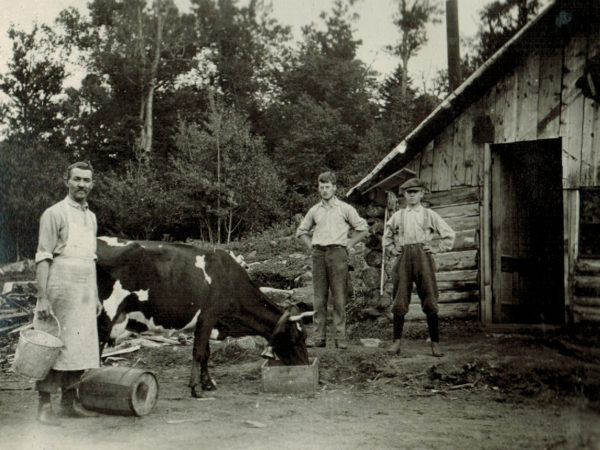 Hotel worker about to milk a cow in Saranac Lake 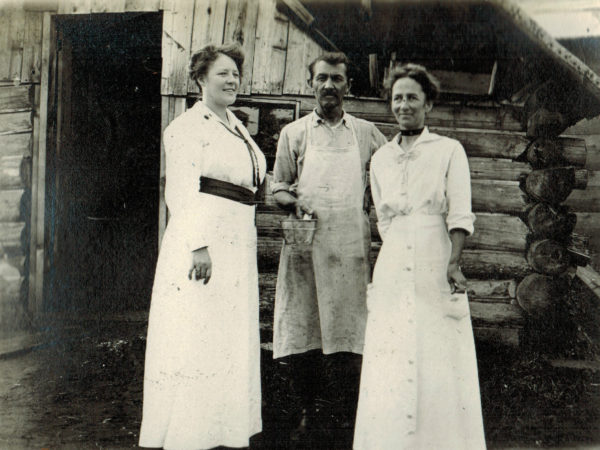 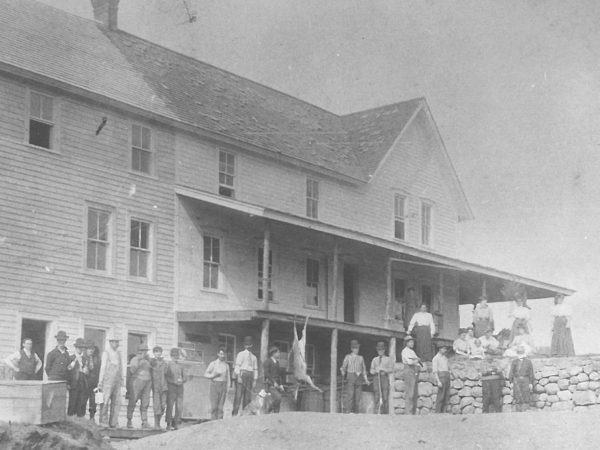 Exterior of Cook’s Hotel in Colton 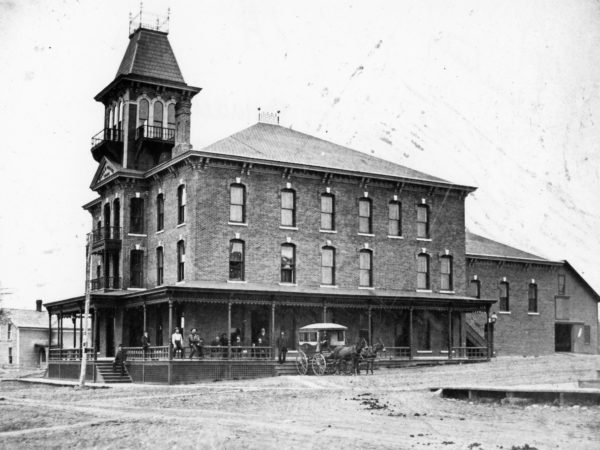 Exterior of Eagle Hotel in Philadelphia 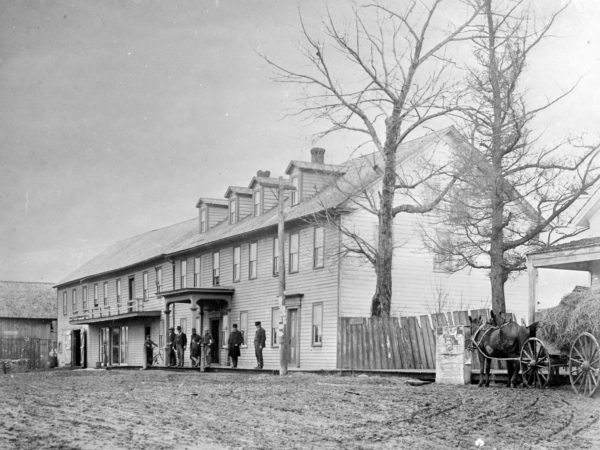 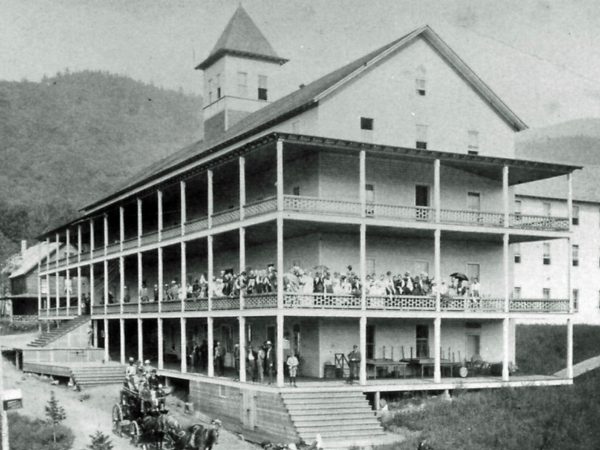 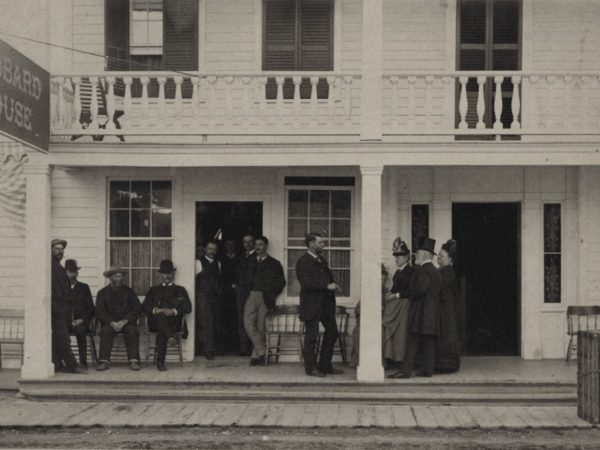 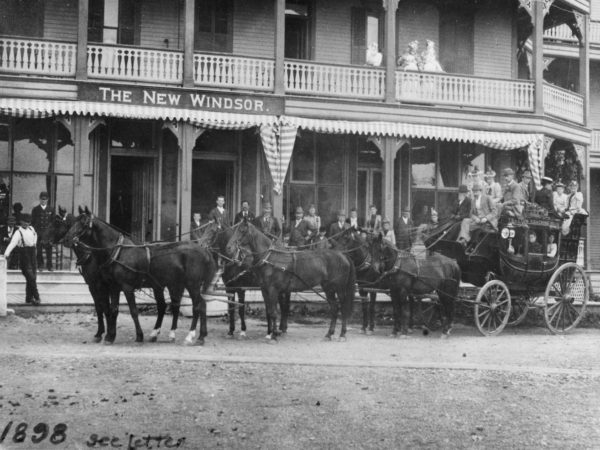 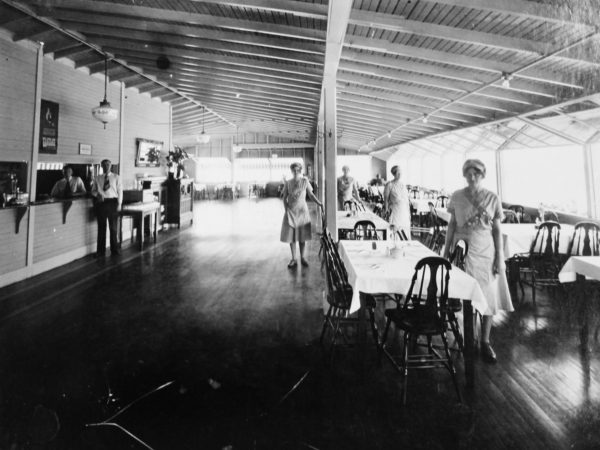