Logging camp bark shelter in the woods near Harrisville

Early bark building used as temporary shelter, with inhabitants out front. These structures were built of large sheets of bark and were used to house loggers in the late spring/early summer, when loggers would be stripping trees of their bark. Woman in doorway was likely this lumber camp’s cook. Circa 1880-1890. Town of Diana, NY. This photo was found in the home of Cora and Ted Luther of Harrsiville, NY. 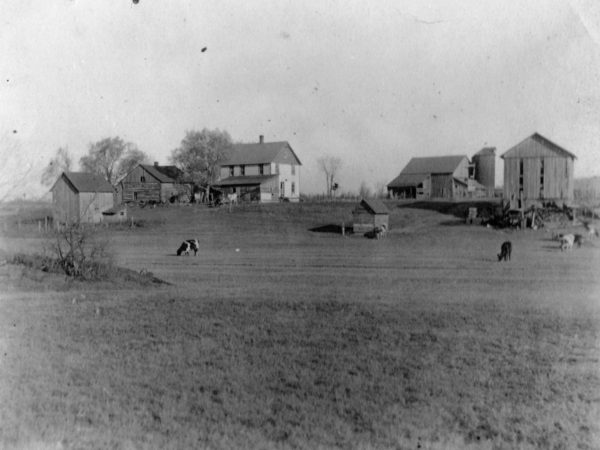 The Eugene Cole homestead on French Settlement Road in Diana 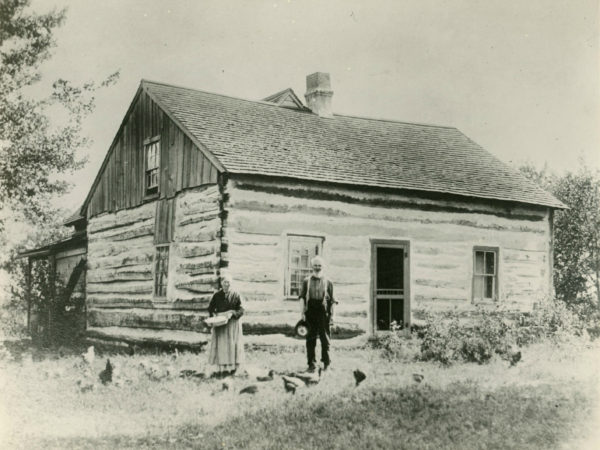 The McKelvey homestead in Heuvelton 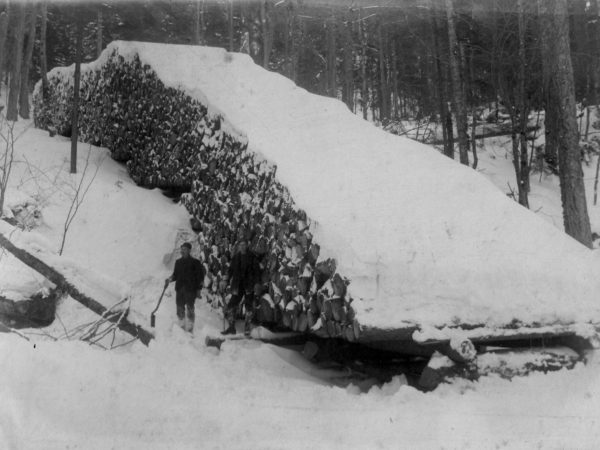 Logs yarded for spring drive at logging camp in Colton 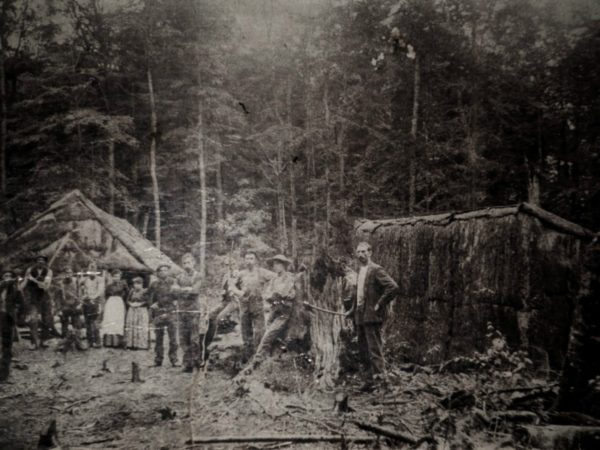 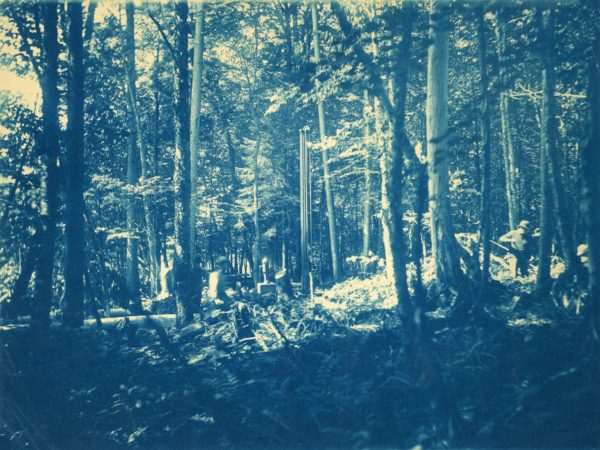 Men working in the woods in Beaver River 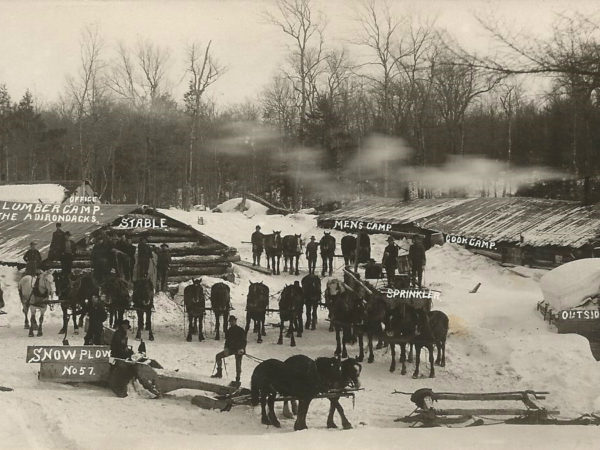 A Model Lumber Camp in the Adirondacks 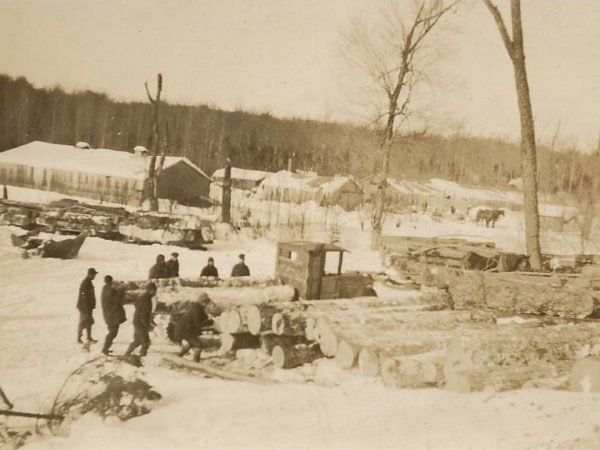 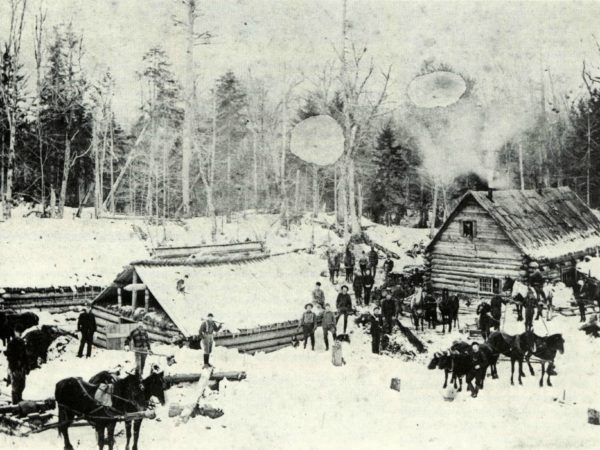 Men and horses at a winter logging camp in the Adirondacks 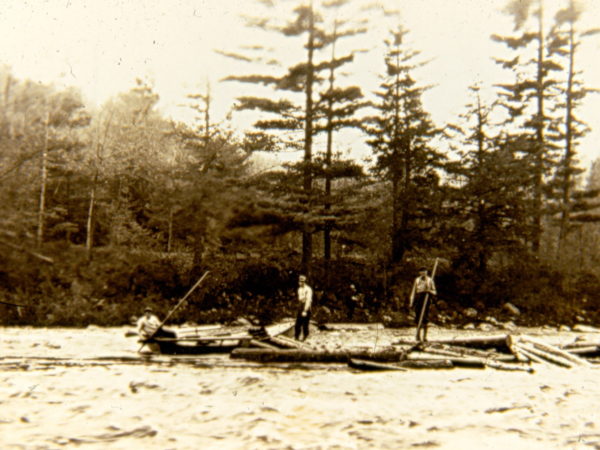 Log driving on the river in Hope
Permissions Statement