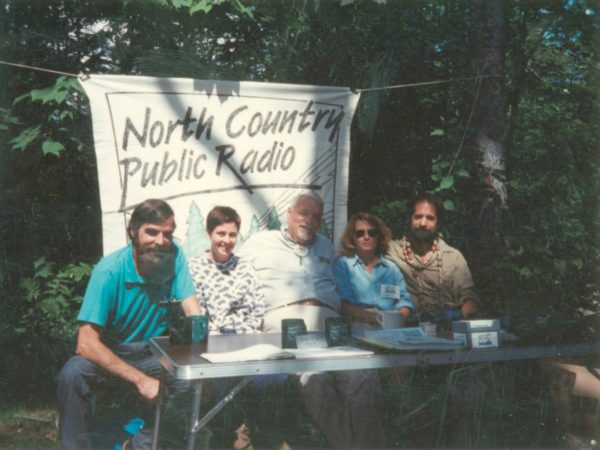 Crew of NCPR’s “Field Notes” program in the Adirondacks 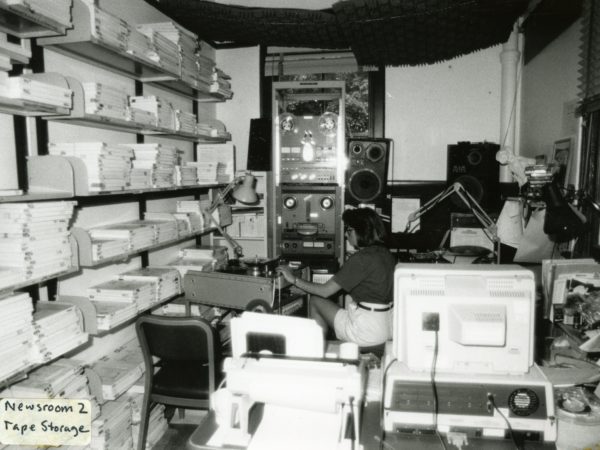 Martha Foley in the radio’s tape storage room in Canton 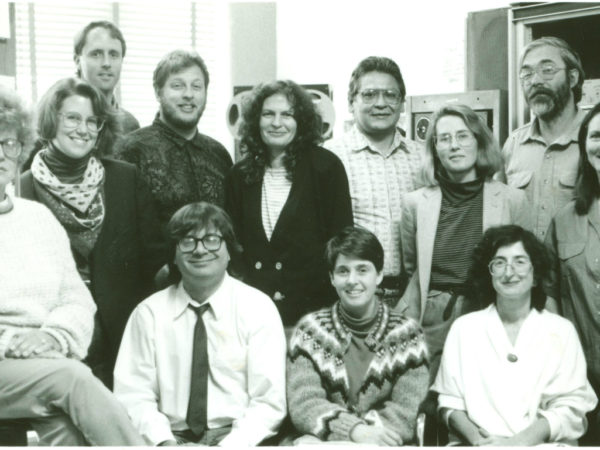 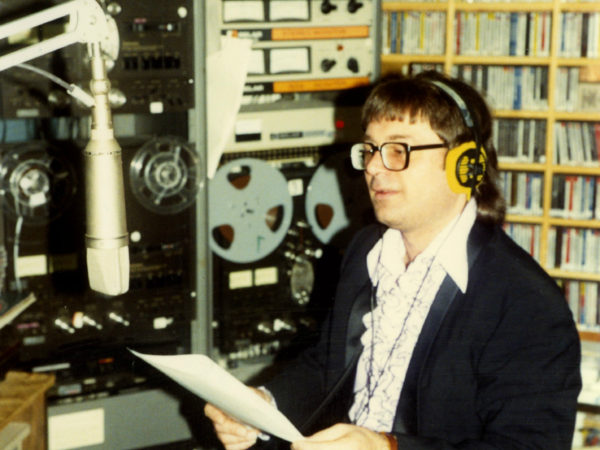 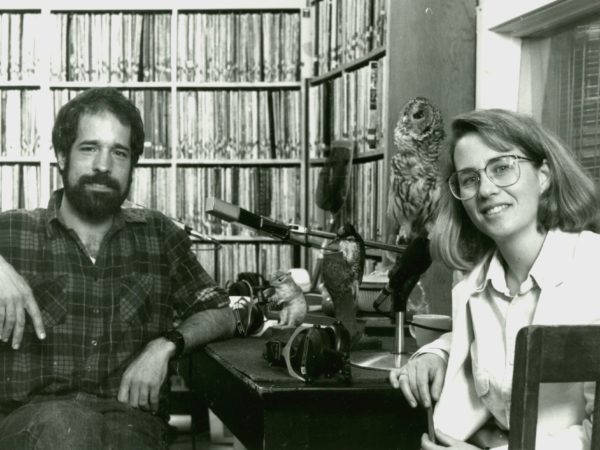 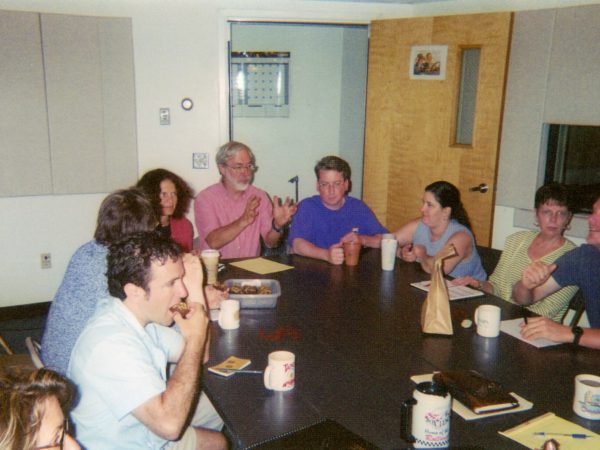 Staff meeting in production studio at NCPR in Canton 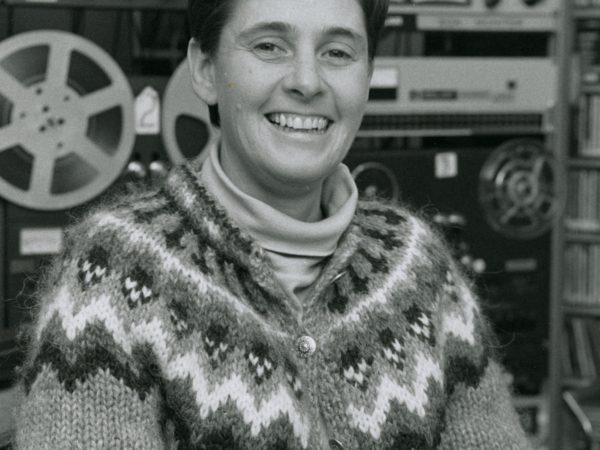