Michael Greer collecting sap from a maple tree in downtown Potsdam. He taps around 450 maple trees, only a few of which are his own.  The rest come from roughly 25 property owners who give allow him to tap their trees in return for a cut of the syrup. Photo by Ricky Blackburn. 2017. Potsdam, NY.

For more information, check out our story on Michael Greer’s unconventional sugaring operation. 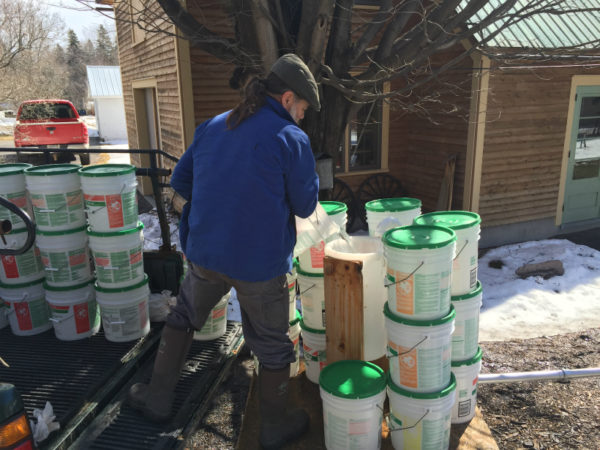 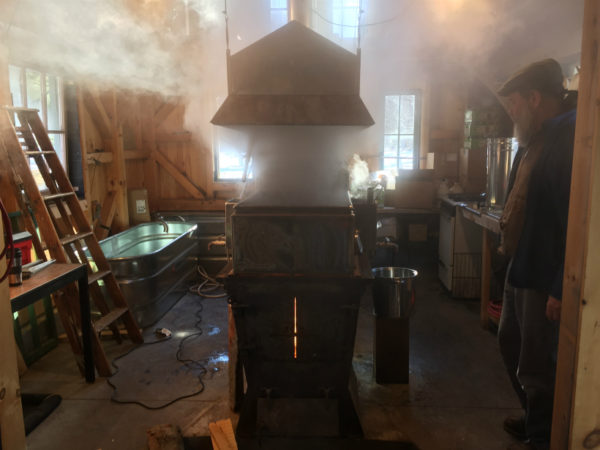 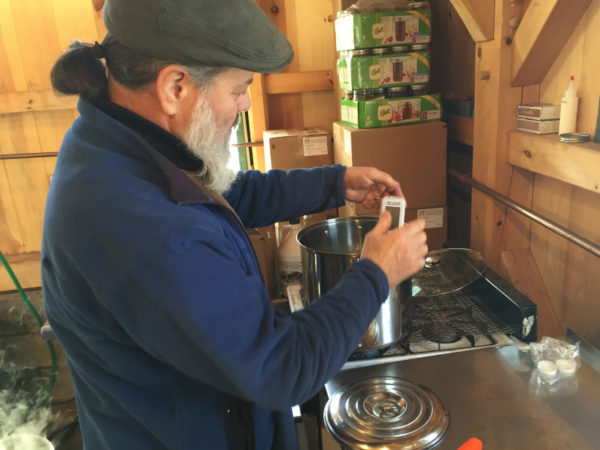 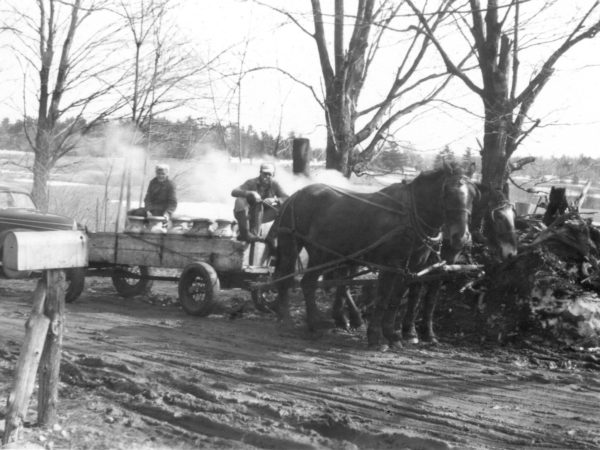 Making maple syrup on the McGregor Farm in Hammond 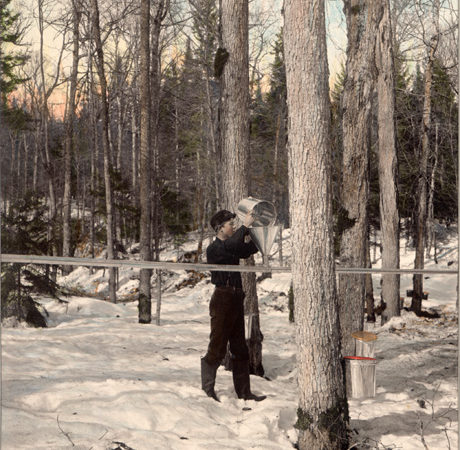 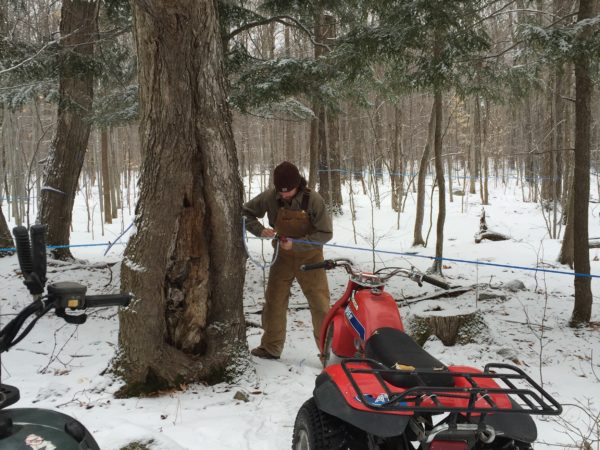