Jim and Anne Bailey on the Browns in Elizabethtown

Jim Bailey is a retired teacher who lives in Plattsburgh with his wife, Anne. When Jim was five, his father died and he was sent to live with his grandparents, Edith & George Brown, who lived in Elizabethtown. George was a local postmaster and the newspaper editor for the Essex Record Post, and Edith was a reporter for the paper. Listen to Jim & Anne recount their memories of his grandparents’ working life. 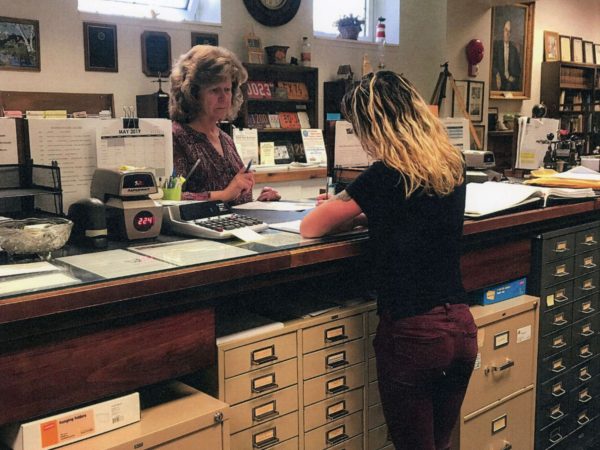 Working the Counter at the Essex County Clerk’s Office