‘Breaking out the road’ after a snowstorm in Canton

An early form of snowplowing in downtown Canton.

Caption included with photo, courtesy of the Saint Lawrence County Historical Society: Shown herewith is the old-fashioned method of “breaking out the road” along Canton’s Main Street, come a heavy fall of snow. Farmers with their teams hitched to “pungs” or other work-sleds came to town and with some of the village teamsters and their outfits opened up the highway in front of the business blocks. 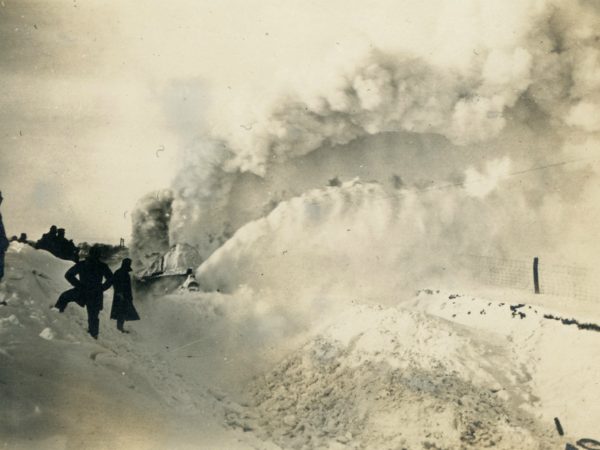 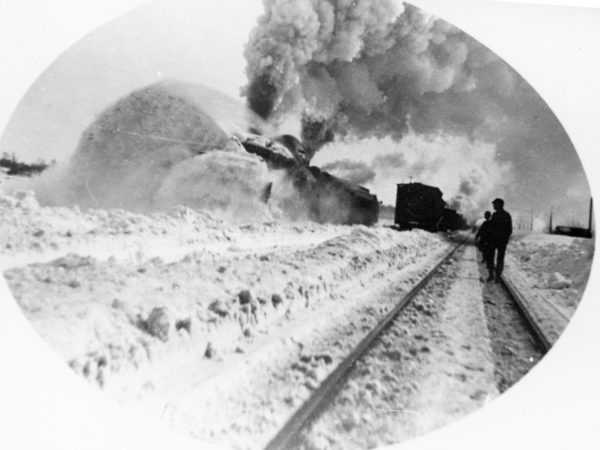 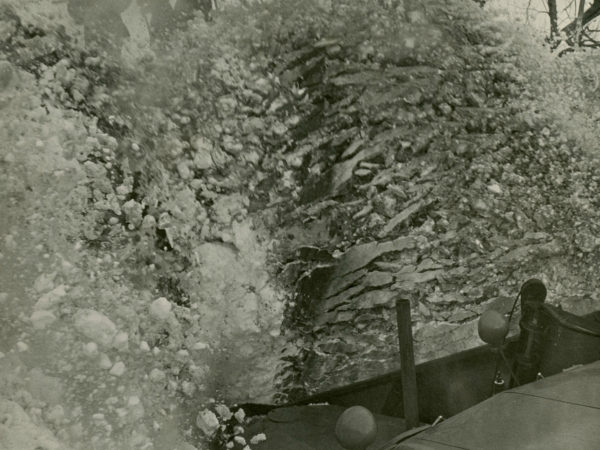 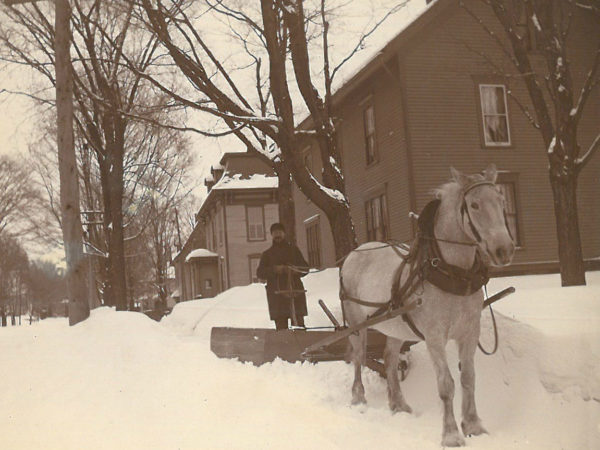 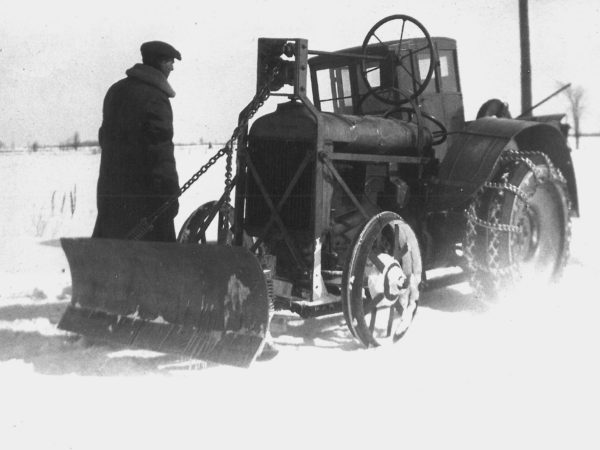 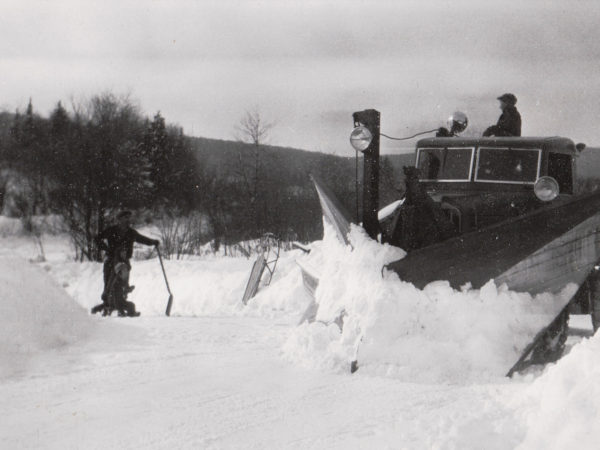 Plowing with a Lynn snowplow in Benson 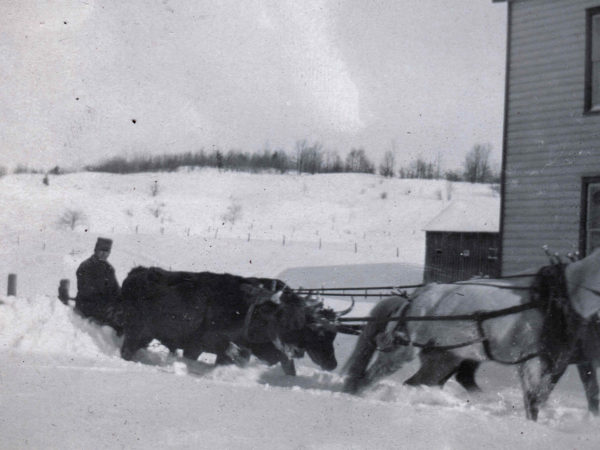 Plowing the road with oxen and horses in Hope 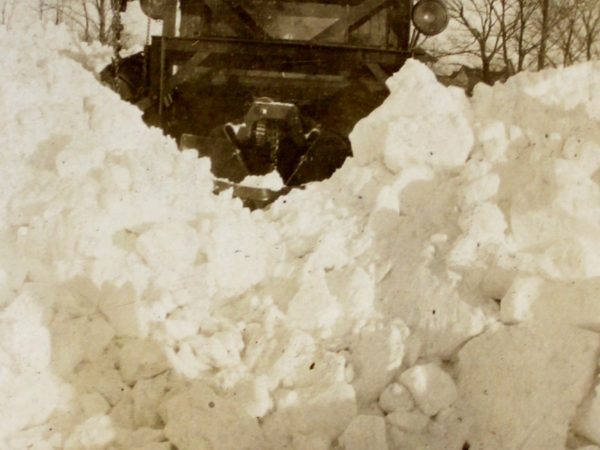 Plowing through deep snow in Clayton 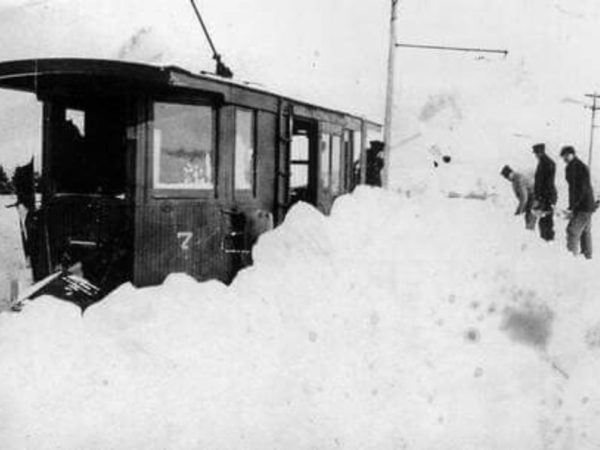