Miner working in Pit #2 of Barton Mines. Barton Mines originated in Johnsburg in 1878 after Henry Hudson Barton discovered that crushed garnet glued to paper made excellent sandpaper. Large garnet deposits were found on the side of Gore Mountain. Garnet mining was incredibly important to the Johnsburg economy, but mining was a hard life. Miners made little money (around $1.50/day in the early 1900s), and there were many hazards. The Barton Mines Corporation is still in existence today, making it the oldest continuous garnet mine in the world, with mining primary at Ruby Mountain. Circa 1920. Ruby Mountain, NY. Photo courtesy of the Johnsburg Historical Society. 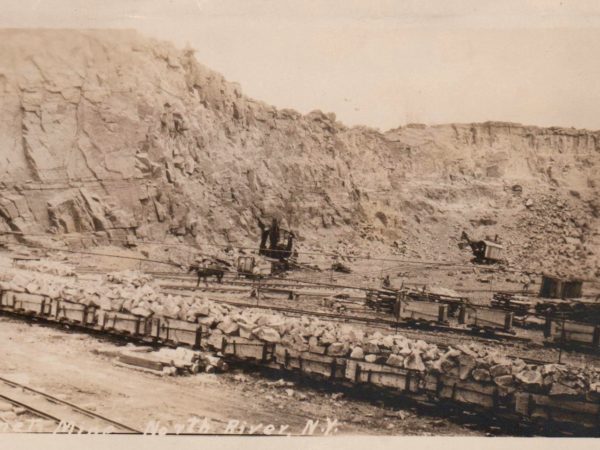 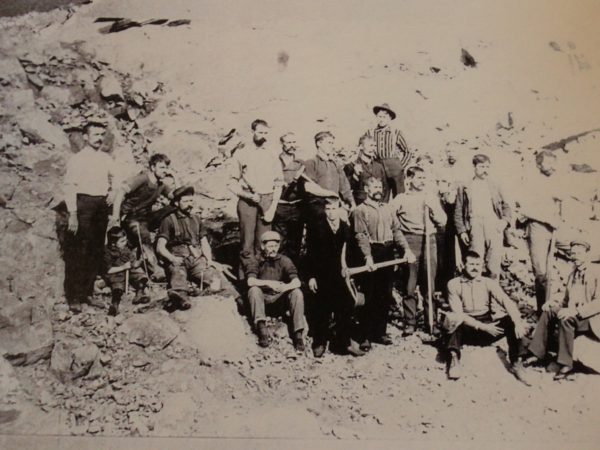 Miners at Hoopers Mine in North River on break 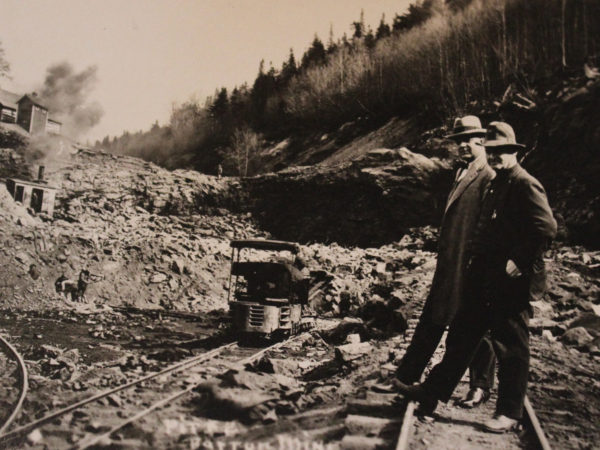 Workers on the tracks of a garnet mine in North River

Three workers outside of the Johnsburg Graphite Mill
Permissions Statement