Workmen at outside construction site in Glens Falls 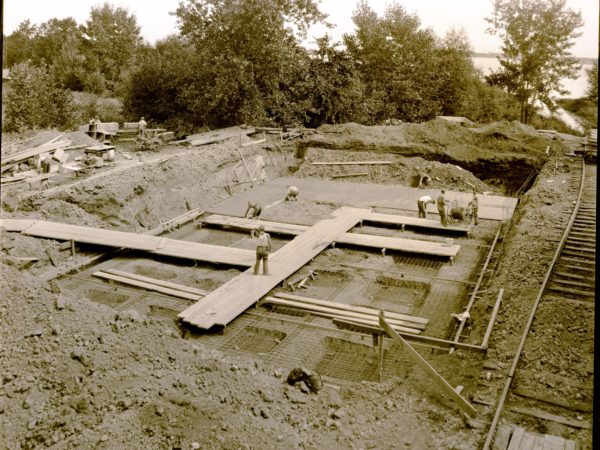 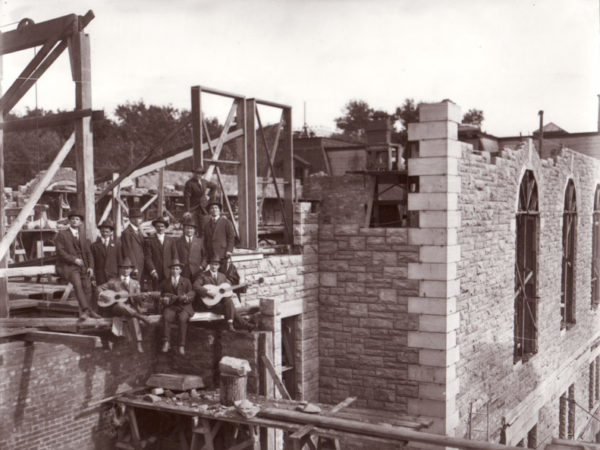 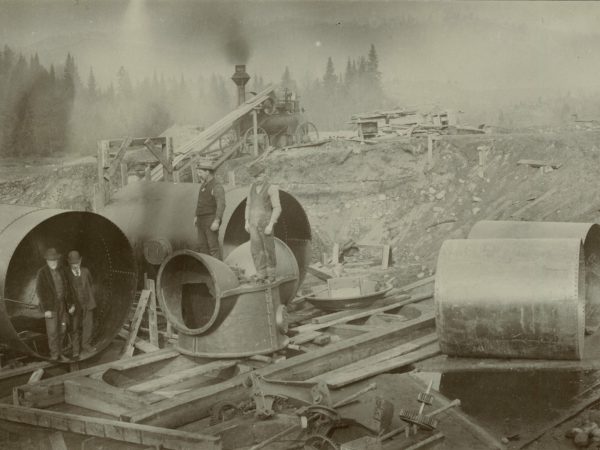