Workers at a railroad track in Glens Falls

Group of workers at railroad track. Smoke can be seen down the track. Undated, but sometime between 1959 and 1989. Carl Atiyeh Photograph Collection, Prints Box 5 #0104, The Folklife Center at Crandall Public Library, Glens Falls, NY.

A J.B. Brinsmade steam locomotive on the railroad 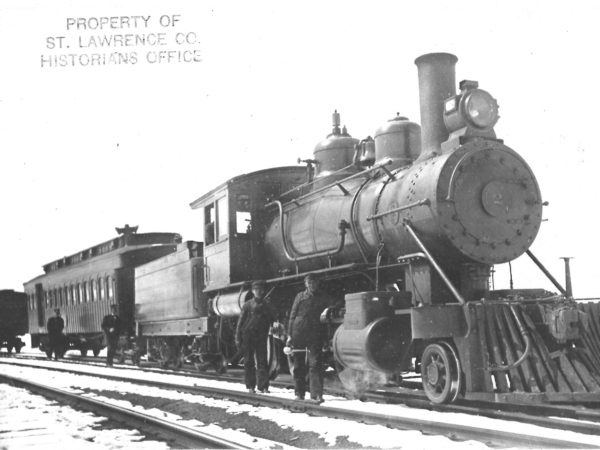