Sketch of 1884 fire in West Carthage and Carthage

This sketch, by an unknown artist, depicts the 1884 fire.  It was drawn from the west bank, at a point between the State Bridge and the NY Central Railroad Bridge. Drawn circa 1880s. Carthage, NY. Town of Wilna archives.

Check out this story from North Country at Work to learn more about how the fire of 1884 shaped Carthage and West Carthage.

Caption info compiled by Lynn Thornton, Laura Prievo, and Harold Sanderson for the Images of America book Around Carthage and West Carthage. Lynn’s description in book:

In 1884, most of the men in Carthage and West Carthage worked in the small mills and factories that dotted the banks of the Black River.  There was a tub factory, a sash and blind factory, several tanneries, sawmills, a shingle mill and numerous other buildings.  They were all wood-frame buildings and many of them used wood or wood by-products in their day-to-day business. About 11:10 a.m. on October 20, the first alarm was sounded from West Carthage when fire was discovered at the sash and blind factory.  Volunteer firemen responded quickly with a steamer and two hose carts, but the fire was spreading fast and had already reached Farrar’s tub factory and the Meyer and Ross furniture factory.  From there, the wind carried the flaming debris to the roofs of Guyot Island where the Guyot brothers owned a carding mill, a grist mill and a saw mill on the island their father had left them.

The Carthage firemen, who had answered the West Carthage alarms, hurried back across the bridge to begin fighting the fire that had come ashore in Carthage.  Word was telegraphed to Watertown, Lowville, Boonville and Utica; help was needed in Carthage.  The railroad tracks were cleared of other traffic so they could be used to bring firemen and equipment to Carthage.  Watertown came first with 30 firemen, the No. 2 steamer and 1000 feet of hose.  They came by freight car and the trip took them 25 minutes.  Lowville arrived next, also with 30 men, another 1,000 feet of hose and their new steamer.  Next to arrive was Boonville.  Chief William Cole of Watertown realized that the firemen of Carthage were very tired and that they had just about run out of water.  Using the 1000 feet of hose he had brought, Chief Cole began pumping water from the Black River.  He pumped this up State Street, which was now threatened by the fire that had moved quickly up from the riverbank.

Fire burned most of the afternoon, destroying everything from the riverbank to Monument Park and State Street.  Sidewalks were wooden and took the fire right to the front doors of homes – which were then burned. Although there were a number of injuries, no one was killed.  More than 100 families had lost their homes.  Over 70 acres had been burned; 200 buildings, many of them businesses, were lost.  People were facing winter without necessities and no way to earn money to replace these things.

For more on the fire of 1884, and how it solidified the working-class divide between Carthage and West Carthage, listen here. 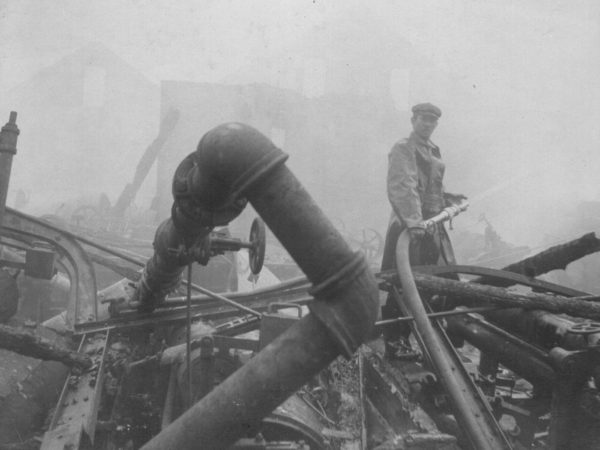 Fire at Gifford Sawmill in Carthage 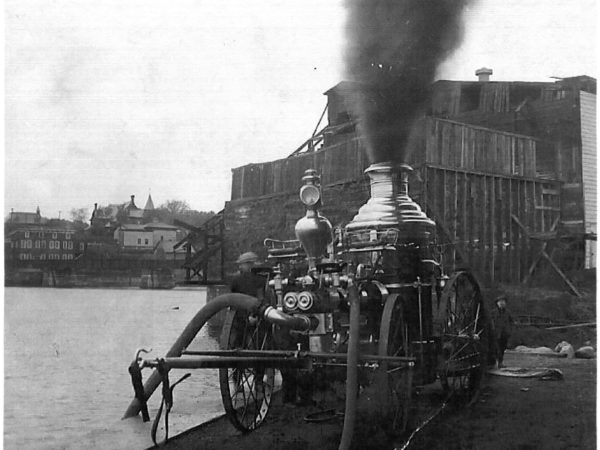 Firemen fill a steam pumper from the Black River in Carthage 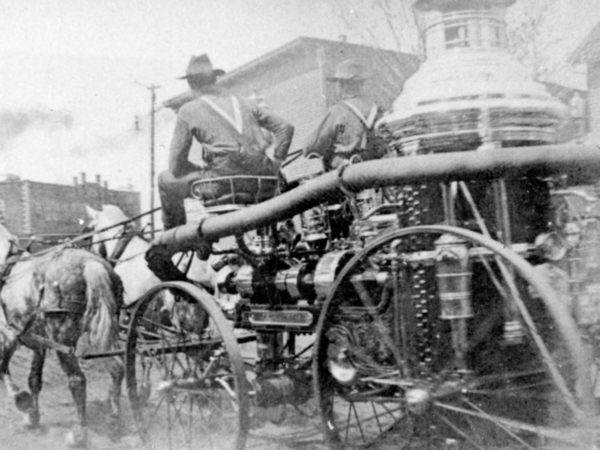 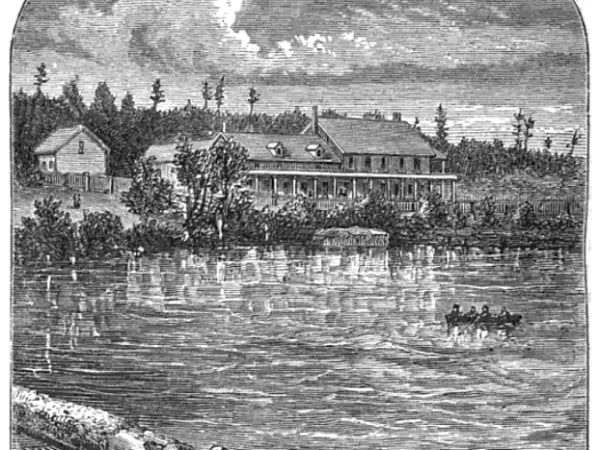