Note: This photo previously identified Douglass Hayes as the man holding milk bottles; we received a correction from the son of James Carvel, and confirmation that the photo had been mislabeled by the Town of De Kalb historian. 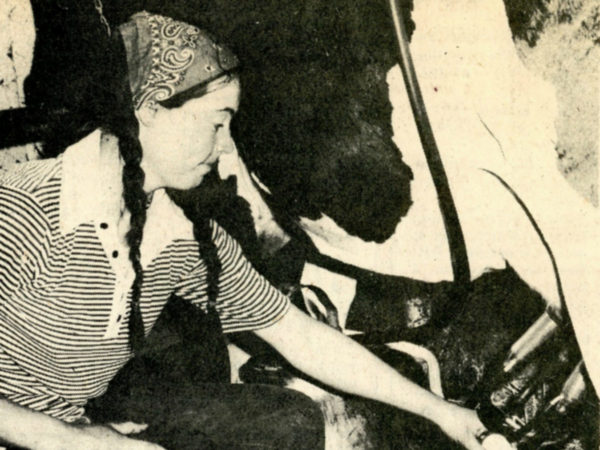 Milk delivery via bobsled in Lisbon 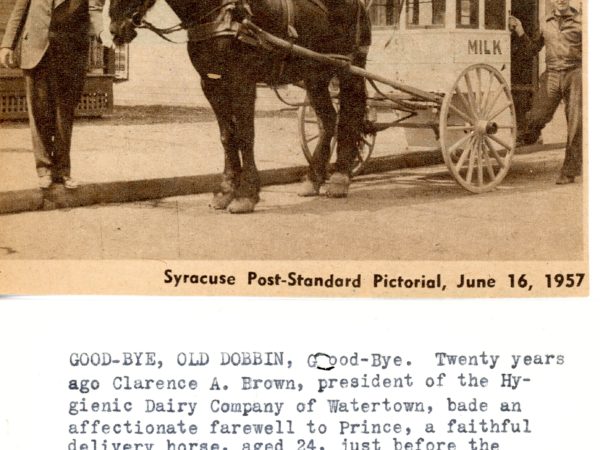