Two doctors examine wall of lung samples. This photo was taken inside a room in the Saranac Laboratory, the research lab of the Trudeau Sanitorium. Saranac Laboratory was founded by Dr. Edward Livingston Trudeau, who came to the Adirondacks in 1873, seriously ill with tuberculosis. The man on the left, wearing glasses, is Dr. Leroy Upson Gardner (1888 – 1946), an American pathologist and pneumologist. Dr. Gardner was the director of the Saranac Laboratory from 1927-1946, and a researcher who did pioneering work on pneumoniconiosis and silicosis. He started at the Trudeau Foundation in 1919 as a pathologist, and became director of the Lab in 1927. During 32 years of research he found means of curbing silicosis in mines and factories, and showed how silicosis related to tuberculosis, work for which he received the Trudeau Medal in 1935. Gardner received an A.B. from Yale University in 1912, and an M.D. in 1914. He was an instructor in pathology at Harvard University in 1916-1917. He served as Director of the National Tuberculosis Association. He lived in Saranac Lake from 1917-1946. Circa 1917-1946. Saranac Lake, NY. Courtesy of the Adirondack Museum. 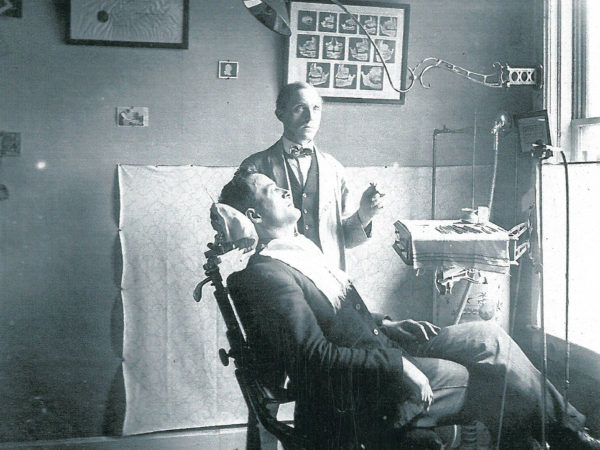 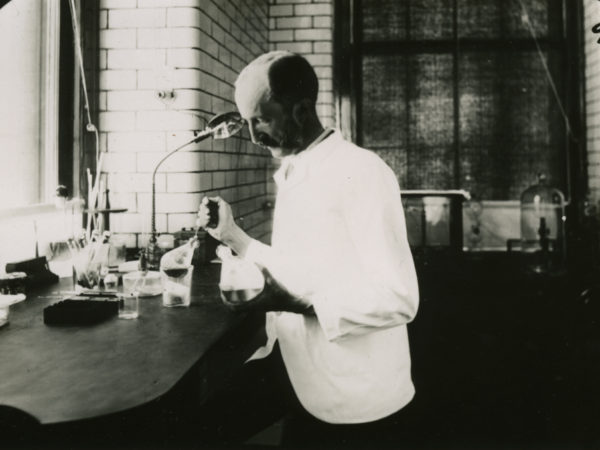 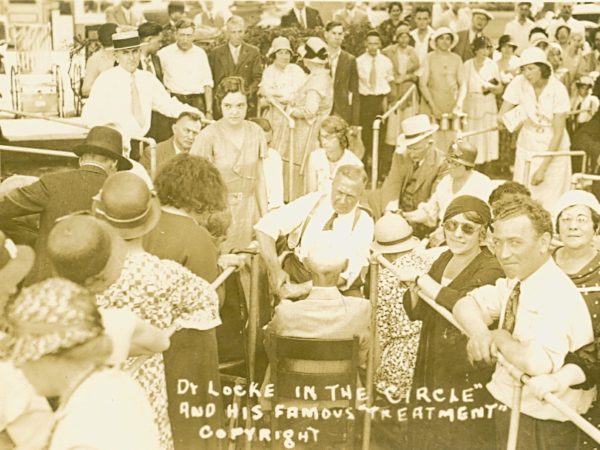 Doctor Locke in the center of his treatment circle in Williamsburg 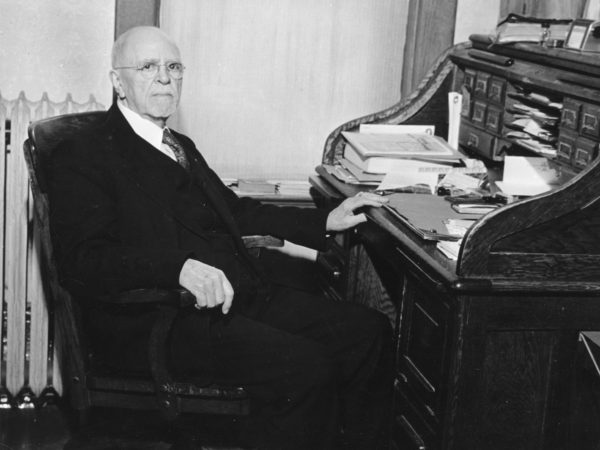 Doctor Nelson in his office in Old Forge
Permissions Statement